This cartoon was drawn to accompany Fiona Grahame’s The Orkney News column in iScot magazine for December 2017. The subject of the article is the problem of goose management in Orkney, but the cartoon has a different subtext. It was inspired by a recent incident of racial abuse in which an incomer to Orkney was ordered to leave the islands, along with his family. “I know where you live” is threatening in any dialect.

With a population approaching 22,000, Orkney is a still a relatively small place. The inhabitants like to think of themselves as good people and most of them are. However there does exist a xenophobic dark side which occasionally rears its ugly head. There will be few “ferry-loupers” living in Orkney that have not experienced some degree of intolerance in person, however slight.

Orkney has very high rates of fuel poverty and an average income below the Scottish average. On the other hand, 3.5% of houses are second homes, and 6.9% are empty. Demographics have shifted to the point that an Orcadian accent is virtually unheard on some islands. This does not excuse xenophobia or resentment of incomers, but may go some way towards explaining it.

Some Orcadians can trace their lineage back to late Norse times, but it’s worth remembering that the Vikings were themselves immigrants to the islands (and not peaceful ones). 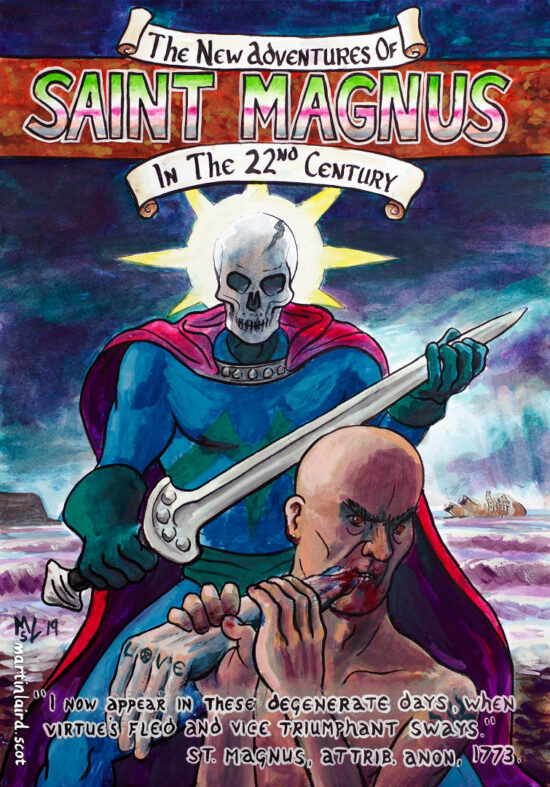 One comment on “I ken whaur ye bide, beuy”