Home » Wrong on every level 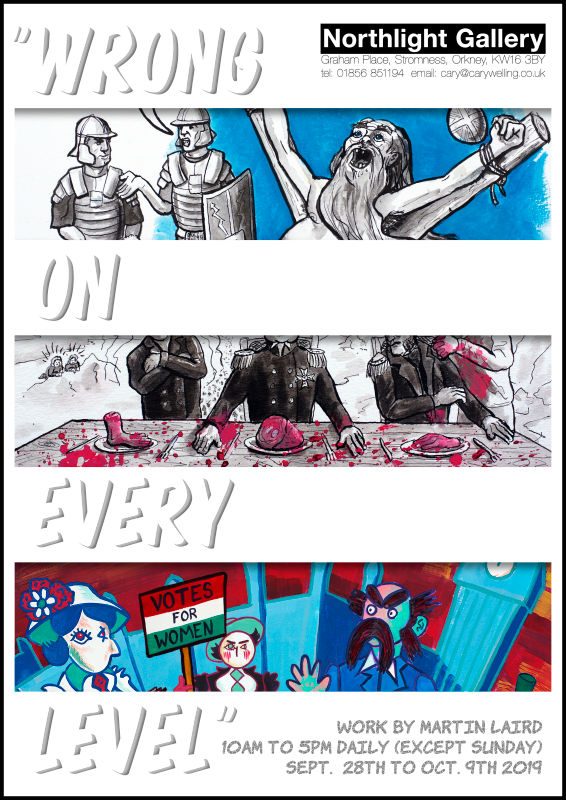 “Wrong on every level”

An exhibition of artwork by Martin Laird will be held at the Northlight Gallery in Stromness from September 28th to October 9th 2019.

The work on show will largely comprise of cartoons created for The Orkney News to accompany articles in iScot magazine. These cover a wide variety of subjects relating to Orcadian history and culture.

Also on show will be some fine-art quality digital animation stills from A Gude Cause maks a Strong Erm, which recently won in the category of Most Creative/Original at the Scottish Short Film Festival 2019, has played at several other film festivals, and been chosen for the “coups de coeur” selection at the Paris International Animation Film Festival.

The opening weekend of the exhibition is also Blues Festival weekend in Stromness, which is sure to be a good time!